Posted by Brad on 5/13/2012 to New & Future Products
MINI has revealed what it claims to be the fastest MINI Cooper yet, in the form of the new John Cooper Works GP. 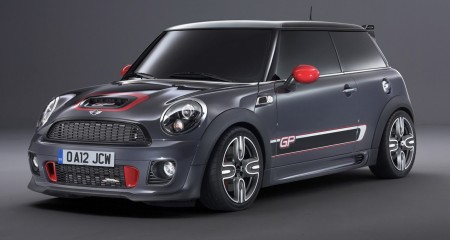 Following in the footsteps of its predecessor, the JCW GP brings new levels of performance to the table. Or so MINI says - for now, it is not offering any technical figures. However it says that the new GP will deliver more power than its 156kW 1.6 litre turbocharged predecessor, perhaps suggesting figures of around 160kW to 170kW.

Whatever its output, MINI says the new GP has lapped the famed Nurburgring in eight minutes and 23 seconds, making it some 19 seconds quicker than the earlier GP.

Handling tweaks for the new JCW GP, recently spied testing alongside an upcoming Coupe version, include an adjustable sports suspension package, unique light alloy wheels (a hat-tip to the previous model), and upgraded brakes and tyres. 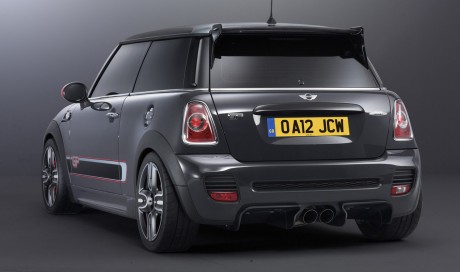 The styling upgrades also include front and rear lips, a new roof spoiler and ducted side skirt, and a new rear diffuser unique to the GP edition.
Source: TMR
Previous Post
Next Post
Quick View